Lamson will lead the local nonprofit beginning in January

TULSA, Okla. (December 23, 2020) – Chuck Lamson, best known for his long tenure with the Tulsa Drillers, has been announced as the new Chief Executive Officer of the Tulsa Botanic Garden.

“We are thrilled to announce that Chuck is joining our staff. He is known to be a visionary and a sheer force within our community. We welcome his energy and drive in bringing Tulsa Botanic Garden’s vision to fruition,” said Janice Chevaillier, chair of the non-profit’s board of directors.

Lamson’s career at the Tulsa Drillers began in 1979 as a player. His 30-year front office career started as a groundskeeper and culminated as President and majority owner. He was instrumental in helping to get ONEOK Field built in downtown Tulsa in 2010. He sold his interest in the team at the end of 2010.

“The Tulsa Botanic Garden is a great community asset. I am excited about the opportunity to continue the vision of the founders in making the Garden a world-class attraction for Tulsa and the surrounding region,” Lamson commented.

Since 2011, Lamson has served as President of Southpaw Sports Consulting, which works with buyers and sellers of minor league baseball franchises across the country. Also, he currently is an Executive in Residence at the University of Tulsa, where he oversees all Marketing and Management internships at the Collins College of Business as well as teaching sports management classes.

Lamson is slated to take the helm mid-January. 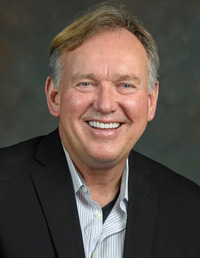